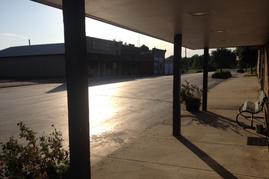 Creighton is located in one of the most productive farming and stock raising belts in western Missouri and is part of the Great Midwestern Corn Belt that spans from Kansas to Ohio.  This classic midwestern agricultural community is home to Rockin ‘ A Distillery. We were awarded the Civic Leadership Award for bringing new business, commitment for growth and hope for a brighter future.

You won't find stoplights on our Main Street! A traffic jam around here is a local farmer rolling down the road in a Combine ready to harvest. And that's how we want it.

Billionaire Ewing Kauffman lived here. He grew up in Creighton where he won a spelling bee and skipped second grade. He became a billionaire by starting Marion

​We're not starting with a 100 year old legendary recipe,
​We're creating a recipe to be legendary for the next 100 years! 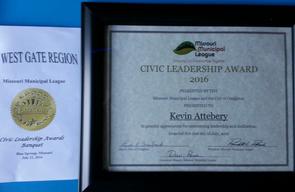 Laboratories before founding the Kansas City Royals baseball team and later endowed the Kauffman Foundation, which focuses on entrepreneurship and education.

There is a richness in Creighton that is at once easily recognized and yet often hidden, revealing itself on a front porch with locals sitting and talking, and neighbors helping neighbors.